Responding to Spaces and People: The Photo Kathmandu 2018 Residency Program

The idea of the Photo Kathmandu Residency, first conceptualized and realized at the first Photo Kathmandu in October 2015, is to showcase other forms of multidisciplinary art on a platform parallel to photography. The first residency, curated by Philippe van Cauteren, took place alongside Jazzmandu (Kathmandu’s jazz festival) and explored the idea of improvisation in music and art with six participating artists. Curated by Mahbubur Rahman, the second edition, in 2016, resulted in the six residency artists creating works for an exhibition that coincided with the programming of Photo Kathmandu 2016. The current edition which started on September 28th and will run for a month, takes a slightly different approach to the residency program than its past iterations.

This year, the residency will focus more on the process of artistic research and practice, rather than on the creation of a complete work. Two artists and two artists duos (a total of six artists) based in the old heritage city of Patan began their residency with a week of introductions to the city and its arts scene as well as a discussion of their works. The week involved several studio visits, walking tours in Patan and Kathmandu, artists’ presentations and intensive discussions of  ideas with the Photo Kathmandu team as well as with Sujan Chitrakar and me – the residency curators.

At the start of the selection process, we had a discussion with NayanTara Gurung Kakshapati – the director of the festival, about the nature and purpose of the residency. We concluded that the residency should be practice based and give the artists the freedom and space to explore new ideas and thoughts without the pressure of creating a final work. With the focus on process rather than outcome, this approach also pushes the boundaries of artistic practice and allows for experimentation with new forms and mediums. Another consideration was the importance of contextualising the residency within the space it takes place in, thereby allowing the artists to recognize and accept the city and its culture as a reference to their work, either conceptually or in practice. It was by bearing these factors in mind that the 2018 residency artists were selected from an international online open call for applications. 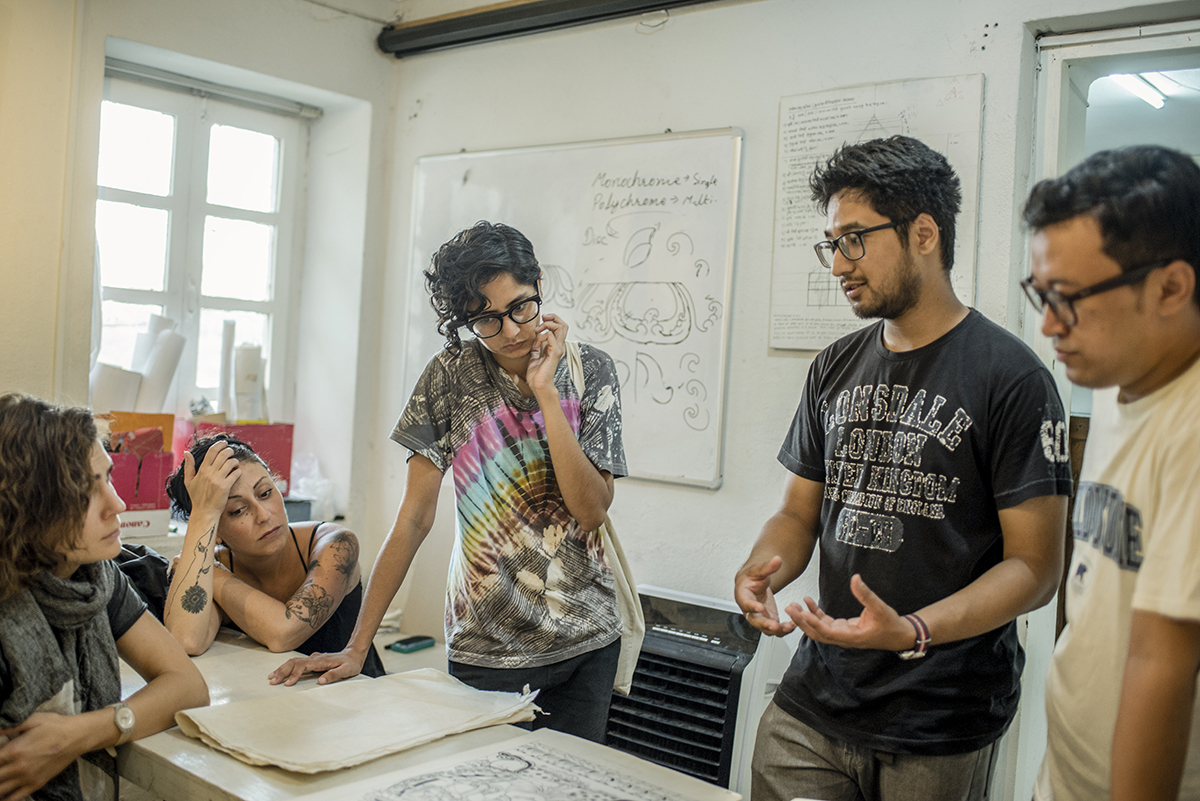 The ideas that have germinated through the first week of research and discussions point to the creating of narratives with the city and its people at the center, reviving tales of myth and folklore through storytelling, referencing parallel worlds through texts and questions, and exploring alter-worlds of smaller communities within larger existing ones. The way in which the artists root these ideas within their practice and the way in which they will be presented to an audience will  highlight cultural backgrounds, references and personal experiences.

Since the first residency, Photo Kathmandu has always ensured the inclusion of Nepali artists. This roots the residency in a local context and also provides the other resident artists with an insight into Nepali culture through discussions and interactions. This year, Bandana Tulachan and Nhooja Tuladhar will work as a duo. Having grown up in Kathmandu and spent a lot of time in Patan, they will explore ideas of storytelling and nostalgia. These tales and stories will be narrated through interactive online platforms, through which they hope to target the young audience in Nepal encouraging them to remember old cultural tales from their neighbourhoods and to document, preserve, revive stories that one may only hear in courtyards, patis or family gatherings with grandparents in the old city of Patan. 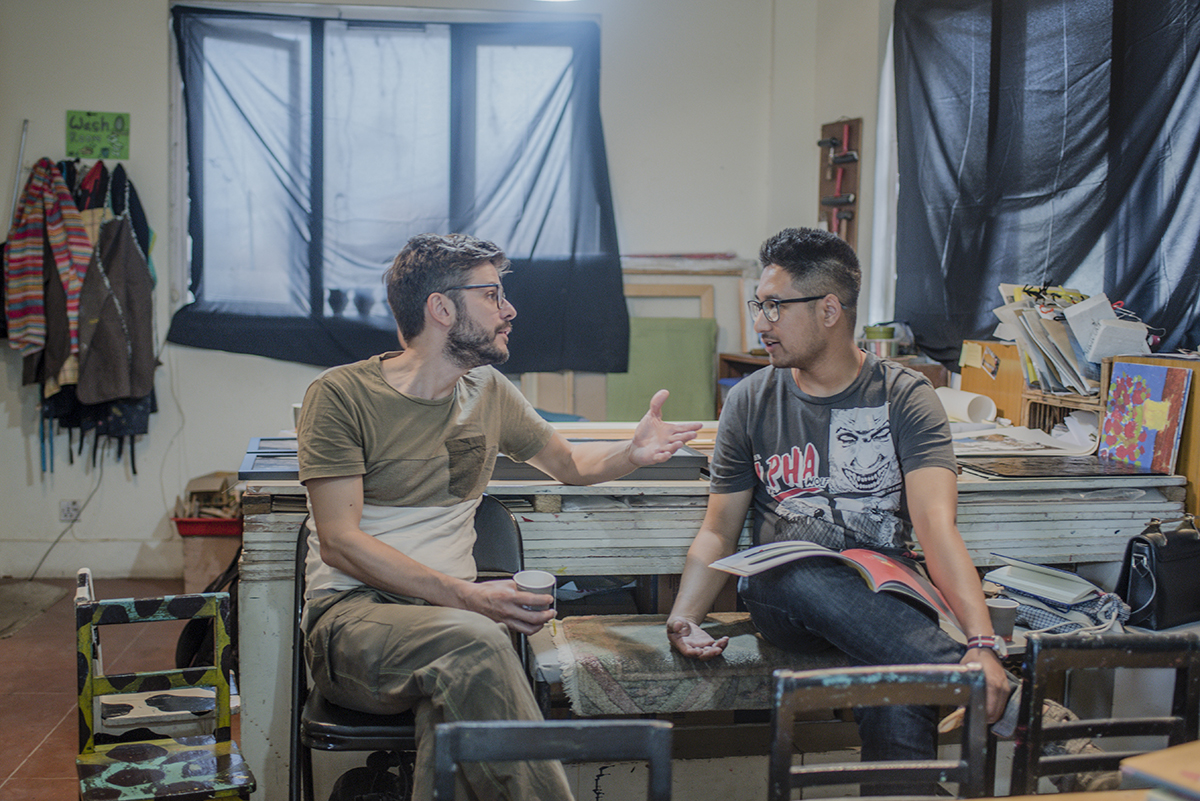 Italian documentary photographer, Marco Panzetti is interested in documenting the environment and air quality of Kathmandu with reference to development and reconstruction of the city. He will explore archives, portraits and stories from people. In addition to researching the extensive archives of the Nepal Picture Library, Marco will also explore personal archives and collect stories from people on the streets while recording image and sound. His research aims to gain a better understanding of the city, while also exploring other issues that concern his larger practice as a documentary photographer. The materials and knowledge gathered through the residency could potentially lead to a long-term project with further research.

Fiza Khatri, from Pakistan, will use her time at the residency to develop a script for a play through improvisational theatre. Fiza is fascinated by the contrasting amounts of freedom enjoyed by women in Karachi and Kathmandu, the latter being extremely liberal in comparison. Her interest in feminist and queer spaces will guide her research within communities in Kathmandu. She will work on a series of paintings alongside the text and explore the idea of the mundane in public and private spaces. The residency will provide Fiza with a space to expand and deepen her understanding of the process of script writing as a practice parallel to her painting. The experimental work she does in Kathmandu will carry forward to inform her artistic practice further. 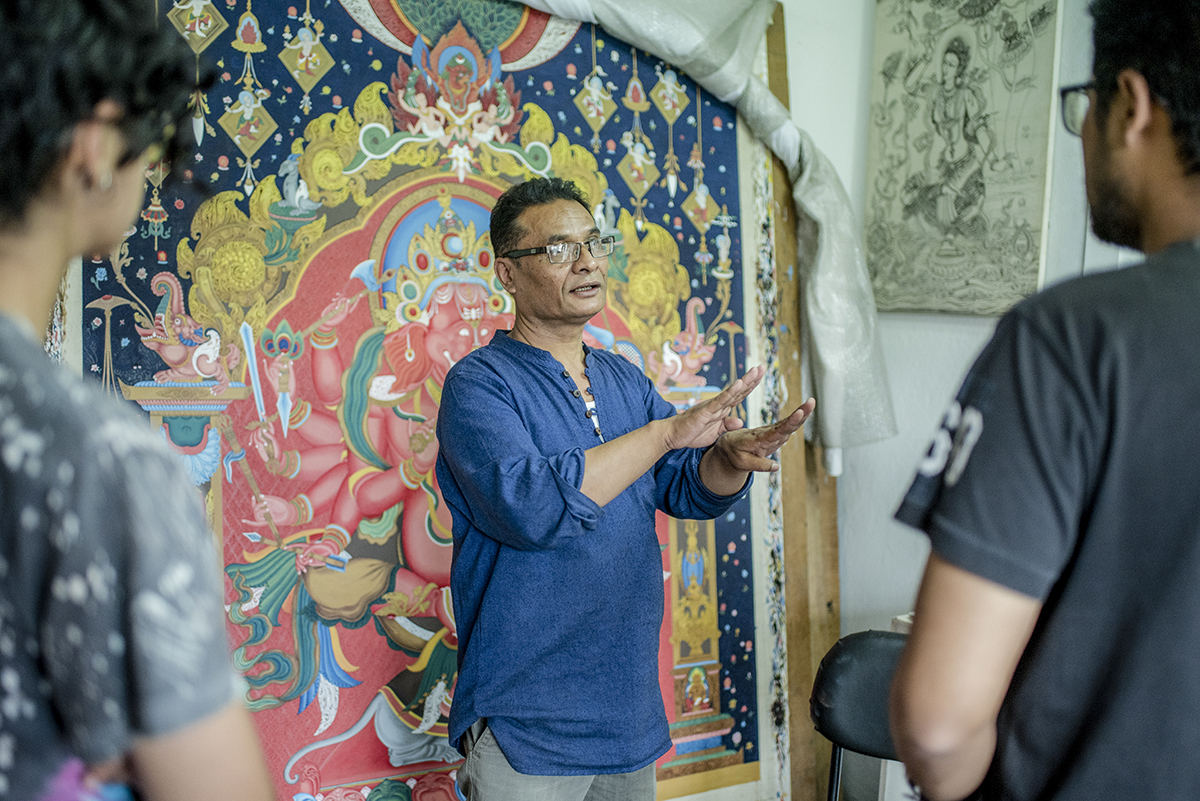 The artist duo Valentina Abenavoli (Italy) and Ilgın Deniz Akseloğlu (Turkey), work independently as publishers and curators. They have been exploring a new project for a long time, and they will use the residency to develop their ideas further, incorporating conceptual references to Patan, Kathmandu, Istanbul, and Naples. Valentina and Ilgın intend to create a three-channel video with imagery from the city layered with sound and text, with a reference to their socio-political concerns that relate to the notions of fear, time, temporality and uncertainty.

The conceptual framework and ideas of that the artists bring to the residency form a structural base for the month long work. This base will act as a support for further research into their artistic practice or specific projects that they may decide to begin now, or projects that will be an outcome of this practice based residency. An open-studio at the end of October by the artists and Photo Kathmandu will be a platform for interactions, exchange of ideas and sharing of structures to develop future projects and artistic methods of creation.